Commit to your passion

The Voigts give to UGA so that students will have life-defining opportunities like the leadership development and study abroad programs they enjoyed.

For Scott and Lindsay Voigt, “finding yourself” in college is more than a cliche. At the University of Georgia, they were encouraged to envision their ideal lives and identify the values that defined them. More than a mental exercise, they also developed actionable steps for reaching their goals.

Today, Scott is co-owner of Verisail Partners, a financial planning firm that he started with fellow Bulldog, Thad Gilliam (BBA ’07), only two years after graduation. Lindsay dedicates her time to their six-month old son, Landon. She recently shifted her focus after eight years at the successful start-up, Pardot (now Salesforce).

The Voigts have enjoyed meaningful careers that also provide the flexibility their growing family demands. They attribute this success to the life-defining opportunities they were afforded as UGA students, particularly as Leonard Leadership Scholars in the Terry College of Business’ Institute for Leadership Advancement (ILA). They choose to give to the Terry College Excellence Fund and the ILA Support Fund to ensure that programs like the Leonard Leadership Scholars Program (LLSP) not only continue, but also strengthen.

“I feel a responsibility to leave Georgia a better place than when we first started,” said Scott. “There were people behind-the-scenes that helped give Lindsay and me a rich college experience. That’s what drives me to give back to Georgia.” 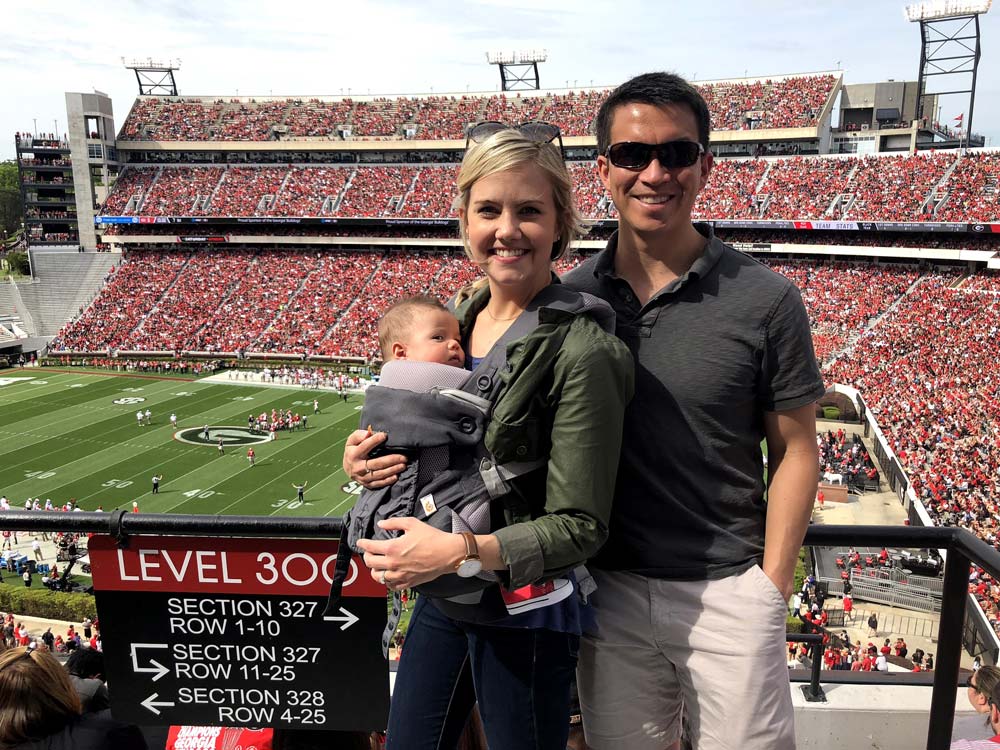 Scott and Lindsay with their son, Landon, at G-Day in April 2018 — Landon’s first visit to Sanford Stadium.

More Than a mental exercise

“We thought through higher-level outcomes – those lofty goals you want for you life,” said Lindsay. “We also walked through what the obstacles might be and how we can overcome them.”

“It put us on different trajectory at a very early age,” said Scott.

Through personal assessment, hands-on mentorship and community service, Scott and Lindsay learned how to match their actions to their values. One of the most memorable exercises was writing their eulogies.

“It is really impactful to write your own eulogy,” said Lindsay. “It forces you to think about what you would want people to say about your life.”

The decision-making tools that the Voigts developed have come in handy many times — as Scott took a risk by starting his own business and Lindsay chose to focus on caring for their young son. This big-picture thinking guides how the Voigt invest two valuable resources: their time and money.

“I feel a responsibility to leave Georgia a better place than when we first started there.” 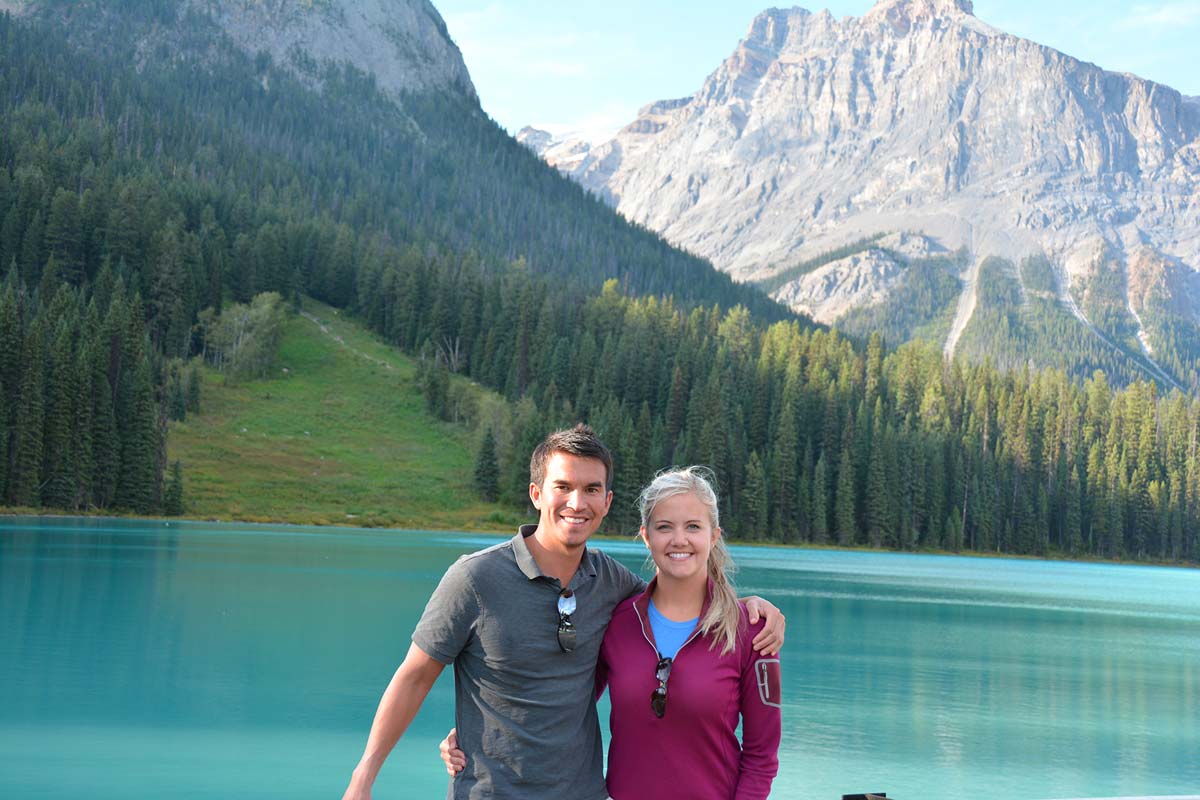 The Voigts give to UGA because opportunities like the LLSP would not have been available without private support. Scott and Lindsay, both accounting majors, were also able to study abroad several times because of scholarship support. The two studied together in Italy; Scott traveled to Japan and Tanzania, and Lindsay spent a semester in Spain.

“Our scholarships afforded us these opportunities to broaden our perspectives, making our degrees richer,” said Lindsay.

“When I think back, those trips are some of my fondest memories,” said Scott. “They were made possible through private scholarships. And the Leonard Leadership Scholars Program was made possible by Earl Leonard. There were opportunities made possible by people who demonstrated care. In order for those programs to continue, it is going to take people like Lindsay and me and others who are now alumni. It doesn’t just happen.”

What’s your cause? 100 percent of undesignated gifts to the Georgia Fund go to scholarships, allowing talented students in your field to pursue their education and discover how they can make an impact on the world.

Give to your cause